Mark Rothko's tribute on 155th anniversary of his birth

Mark Rothko (1903-1970) never ceased to point out that his work reflected a content that went far beyond the purely formal sphere and that more clearly in the mythological phase alluded to the natural landscape in which important events occurred: a tragic environment.

Soon, however, the artist made it clear that he could not consider himself absolutely interested in a superficial representation of the human world; images inspired by the mythological tradition could hardly translate the profound drama of the events he intended to represent. When he abandoned the myth, he did it to make a revelation.

If during the first years of activity he provided, especially in collaboration with his friend Adolph Gottlieb, numerous indications on the content of his art, he later ceased to make sense of it, so that it could reveal itself autonomously through the dialectic between the observer and the work itself. 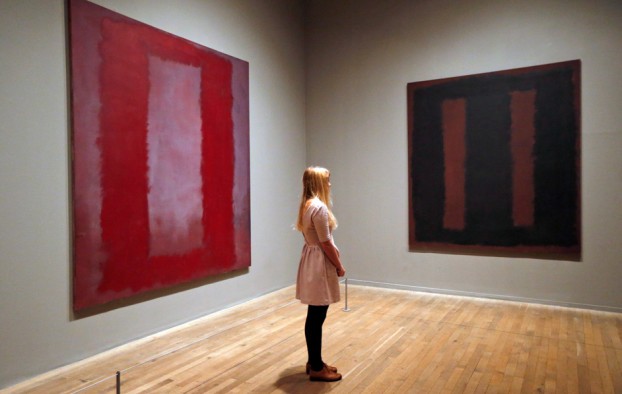 Starting from the pictorial cycles created for particular environments such as those performed for the Seagram Building and for Harvard University, he intervened using darker colors and lowering the light they were soaked with.

Rothko's vision of reality became over the years more and more meditative and spiritual, until it took on a particular transcendental character in the final stages: through the dark canvases, the artist and the observer could make a path or ascetic exercise represented by the night , in a perspective that reflected the western mystical tradition; the new pictorial language thus showed that it possessed considerable religious associations.

From the production of the late forties Mark Rothko introduced the idea of ​​transformation: from a Christian perspective his canvases could recall the process of creation of the world in which a new order emerged, the result of the mixture of elements prior to the birth of the cosmos.

The expedient of the destruction of the image can be understood in this key: the impulse connected to creation would have contained a very strong moral and ascetic component, and would have manifested itself through the process of negation; it is only the "replacement" of the human figure, the rejection of its parts in favor of the creation of new elements. This type of operation obliged the artist to look at a world that is not merely anthropocentric. 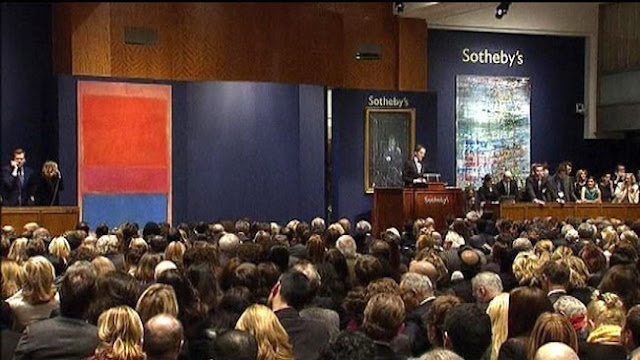 In artistic production, references are more or less explicit and directed to Christianity, and with them a tacit desire for redemption. According to some interpretations, Rothko would actually place himself in a condition that could be called psychological religiosity.

And yet, according to others, the source of his pictorial inspiration could perhaps be found in "Jewish humanity", and Judaism, which remained in some ways amorphous for more than two thousand years, would have found its pictorial expression in Mark Rothko.

The unintelligent thoughtfulness of the artist, the emotional intensity transmitted by the color fields devoid of a true formal definition and the ability to move constantly pursued by the teacher can not be dissociated from the numerous circumstances of the substantial unhappiness of Rothko's life, distressed by a perpetual melancholy. On the other hand, associating his unhappiness with the not less evident one of suffering painting does not seem only a literary forcing, but a real excess of interpretation. 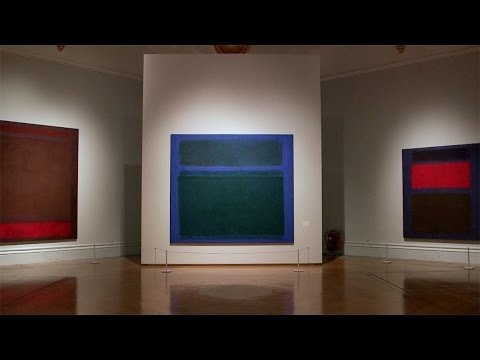 Rothko's tragic sense manifested itself through his growing pathos in everyday life, which distanced him more and more from the irony of the contemporary world. The approach to the value of painting was translated into the march of approach to something lancinating and unsustainable.

In the last period of artistic creation before death, the master painted his brightest works, which could mark a new and extraordinary phase of his career: from their light emerged the sense of all past passions, if not a promise for the future that remained deeply alive. Or again, they could constitute the image, the luminous representation that someone gives to our eyes after a glance in the abyss.

Unfortunately, however, the aesthetic understanding of religion that these final works suggest does not imply the experience of redemption, for the sole connection with revelation. 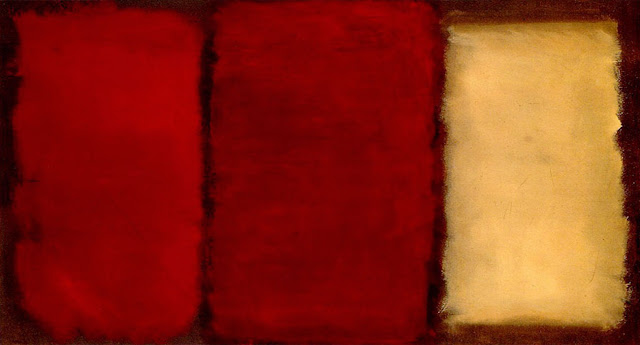 When Mark Rothko died, he decided that no one would ever completely solve the enigma of his personal meditation; the artist's eloquence resides entirely in his paintings, which constitute an important tool for understanding the mystery buried in the heart of humanity.

The analysis of the design process of the architectural system of the Houston chapel is an element of great importance for understanding the determination of Mark Rothko in the realization of his artistic project, along a life.

Rothko's works are undoubtedly elusive. Like Kafka, Rothko tends to define an artistic reality of "obscure lucidity", combining the opposites in a paradoxical visual unity, open to many interpretations. For Rothko, art has an intimate sacredness.

It draws on the origin of life and history, is an expression of transcendence, it is an expectation of the Absolute. In a 1954 painting (or perhaps 1959, historians do not agree on the date), Untitled (White on Maroon), a white, thick, fluffy, fluffy form of cotton, shaded at the edges and vaguely rectangular in shape. of a red plane on which stands another shape, down, color on color.

The feeling of a place of the sacred mystery dominated by beauty, by the invisible and spiritual pure, is very strong. The tragic conclusion of Rothko's life, which died suicidal in the 1970s, should not make one think of spiritual aridity but a dramatic crisis. 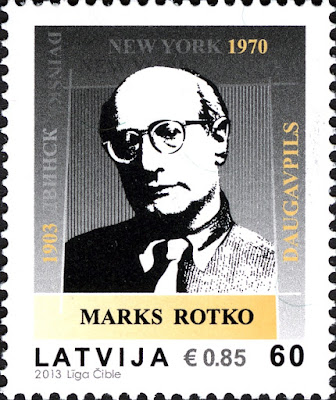