Andy Warhol back to Whitney Museum 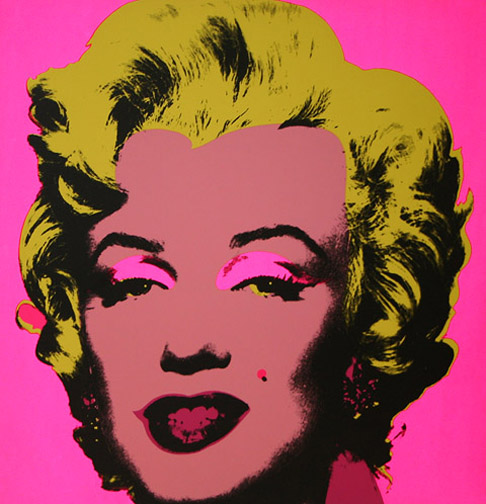 Whitney Museum of American Arts presents a special exhibition about Andy Warhol: It is the first in thirty years dedicated to the brilliant artist from an American museum.

Curated by Donna De Salvo (deputy director, senior curator, Whitney) and entitled "Andy Warhol-From A to B and Back Again", the exhibition will open its doors on 12 November and will continue until March 31, 2019 telling, through a path more than 350 works, forty years of career of the father of pop art.

The exhibition space will occupy almost the entire building built by Renzo Piano in the shadow of the Highline.

They are working on the organization of this event for about eight years, even before the museum moved to the new location in the Meatpacking district.

Whitney director Adam Weinberg explained, pointing out that such a long gestation is due to the fact that to face such an enterprise "we need a lot of knowledge and a lot of space".

The exhibition will focus on the production of the '70s and' 80s.

After New York the exhibition will move to San Francisco and Chicago. 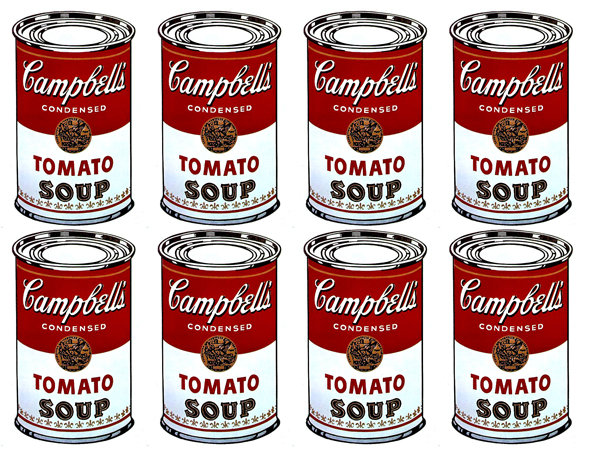 It is difficult to discover the truth about life Andy Warhol, because, the contradiction, the obfuscation of biographical data, the replacement of his figure through double and confidentiality towards journalists are vital methods, used by the future artist for the creation of a completely new character: Andy Warhol (as he called himself when he moved to New York) 137.

His rather contradictory figure, despite being impatient with the interviews or rather the journalists138, left a great deal of messages along the course of his career: phrases with an aphoristic character and two autobiographical books.

In the department store, the young Warhol made his first encounter with the world of consumerism and advertising, where he worked as a helper during the holiday season.

The work environment offered him a wide range of objects seductive, while his work constantly compared him with the aesthetic appearance and splendor that enveloped these objects.

During the year, he attended the faculty of the Carnegie Institute of Technology in Pittsburgh where he studied graphic art and advertising and after graduation, he moved to the big metropolis, New York, which he would never seriously consider reaching.

The American dream of the future artist was slowly realizing, and immediately began working for Carmel Snow, editor of the fashion magazine Harper's Bazaar, initially practicing as an advertising graphic designer.

In a short time he had managed to become a great commercial arti stsuccess but it was not what Warhol aspired to, despite the growing fame in the advertising world, he wanted to be a very different artist. 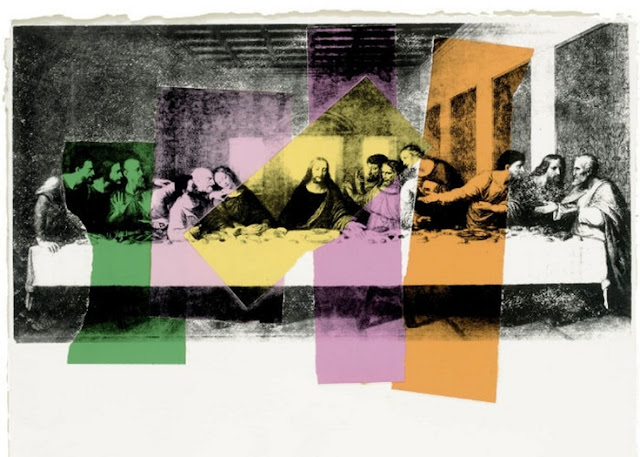 His, initially, was a hesitant, certainly not explosive, route towards an art that did not yet exist and towards an identity that neither Warhol nor anyone in his circle could have defined Warhol strove to be recognized as a true artist, although, in the early Fifties, it was required above all as an advertising graphic; perhaps the most significant chapter of his commercial art, until the early sixties, were shoe designs.

"No one had ever designed shoes like Andy did" said the artistic director of Glamor, for whom the future artist drew fifty sketches of shoes.

The representations of the shoes and their aesthetics were the new subjects that interested Warhol at the time of his first approach to Pop Art, even if he still used the manner of Abstract Expressionism in the use of color.

It is difficult, however, to imagine that he wanted to become a member of the American Abstract Expressionism, a movement that had an uncontested monopoly in the fifties; the philosophy of this current was based on the romantic idea of ​​the artist's soul: in fact, the painter, through the signs drawn on the canvas, had to express the secrets hidden in the depths of his unconscious. One understands how at the base of such a vision that enhances the cult of interiority there is a strong bond with the color pigment that allows to express, through the broad brushstrokes, all the instinctiveness of the soul.

The conception of the art of Abstract Expressionism is absolutely far from the vision of the pop movement and of Warhol himself, who, if he initially used color in the Expressionist manner, did so simply to take his first steps into the vanguard.

As Arthur Danto, a well-known philosopher of contemporary art, tells us, Warhol rejected the basic conception of abstract Expressionism that could not exert any kind of fascination on him.

In the opinion of many critics, the turning point, considered a real transformation from a highly successful commercial artist to an icon, took place between 1959-1961.

The importance of this period, studded with fundamental changes that took place in the identity of Warhol and also in his way of making art, are well developed and presented in a recent biographical, critical and aesthetic essay that Arthur Danto devotes entirely to the artist .

In this book that bears the title Andy Warhol, the well-known critic and philosopher of the art follows in turn the traces of Victor Bockris, writer, friend and personal collaborator of Andy Warhol and underlines how, in the authoritative biographical profile outlined by the same, there is a curious chapter entitled: The Birth of Andy Warhol: 1959-1961. 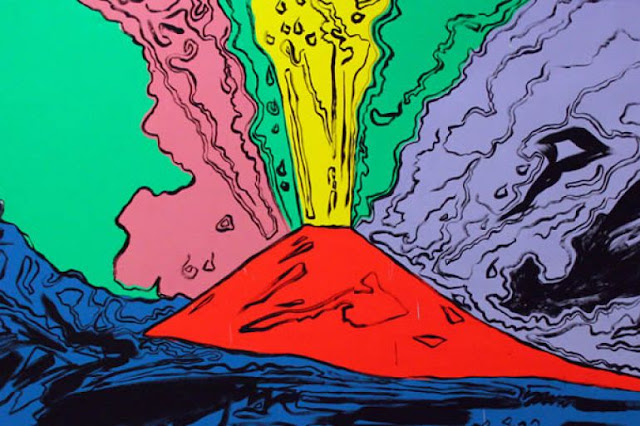 Surely the birth to which Bockris alludes in the title certainly does not refer to the actual date of birth of the artist, which happened around 1928; the words are extremely important, because they lead us to understand that in the period between 1959-1961 Warhol began the climb to the enormous success that led him to become a celebrated acclaim.

Warhol changed, so to speak, the way of understanding art, raising a stereotyped image belonging to the collective imagination to a true work of art (see Before and After 1961).

The transformation is somewhat invisible if we consider that the artist has done nothing but propose a simple reproduction greatly enlarged of the original image.

Certainly the moment when Warhol's art was imposed was propitious because, as we have already said before, the frontiers of art were ready to accept the new thematic change that now drew on "lower" motifs, taken directly from the new spirit social era of the consumerist era.

Moreover, the New York artist, was not the only one to express himself through this new language Pop, an expression adopted by the American critic Lawrence Alloway, at the beginning of the Sixties, to outline a new type of avant-garde movement,

This new current Pop was exclusively American in the deployment of its protagonists, so we can deduce how Warhol was not the only one to be engaged in a project that elevated the trivial images of everyday life to the status of works of art.

To all this we can add that by the mid-1960s Warhol changed his outward appearance. The fact is not to be underestimated because it followed the changes imposed by the same art world, from which it was fascinated. 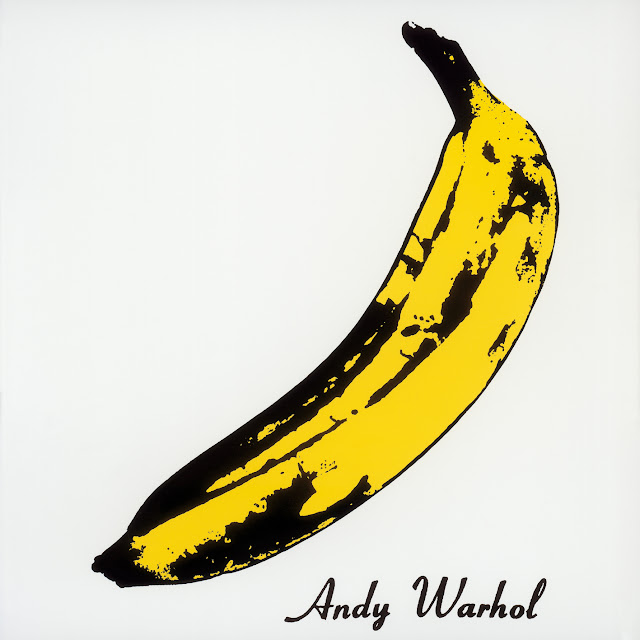 The artistic imagination of the time was no longer that of the fifties, to which he had exposed himself as a commercial artist; his look, therefore, had to change completely, as noted by David Bourdon, author and art critic, personal friend and acquaintance of Andy Warhol: his transformation into a "pop" character was long thought out and well thought out.

The artist also became very thin, wore leather jackets and blue jeans, and even his previous attitude was replaced: from a man of the world he became a gum and apparently naive masticator, dedicated to the lower forms of pop culture.

Exhibition title: Andy Warhol-From A to B and Back Again